You are here: Home / About Us / Meet The Staff 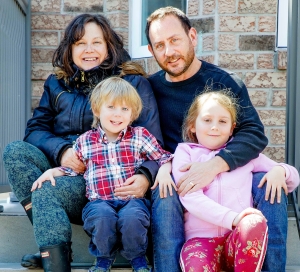 A life-long camper-at-heart who grew up on Lake Simcoe, is excited to return to Camp Arrowhead as Director this summer.

In previous summers, Lawrence served as Camp Director at Westside Fun Day Camp, Theatre Brockville, and The Randolph Academy’s York Region Triple Threat Camp.  He spent two summers as the Cultural Arts Director at Camp Ramah in California, and many more on the senior staff at Camp Winnebagoe. During the school year, he teaches Music and Performing Arts to Grades 3-8 at the Leo Baeck Day School.

In a previous life, Lawrence trained at the Leah Posluns Theatre School; graduated with a BFA in Film/TV/Radio from NYU’s Tisch School of the Arts; wrangled talent on the Spring Break beaches of Cancun for MTV and backstage at Radio City Music Hall for the Tony Awards; casted voice talent for Simon & Schuster’s Audio Division; produced shows at the Toronto Fringe Festival; and served as the Artistic Director at Manhattan’s New York Youth Theater and for the Randolph Young Company at Toronto’s Randolph College for the Performing Arts.

Lawrence will be joined at Arrowhead by his wife Naomi Savage, a TDSB high school teacher, his 11-year old daughter Trudy, an Arrowhead camper excited to return, and his 8-year old son, Benji, a budding musical prodigy with fabulous hair hiding under his bucket hat. 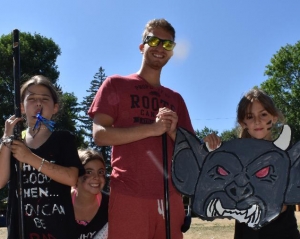 Dedicated to Camp Arrowhead since 2012, Alex returns to camp for another summer as Assistant Director. Alex looks forward to bringing new programming and exciting activities to the camp each year. As Arrowhead has been a part of his life for 11 years now,  Alex always counts down the days until summer. Alex considers Arrowhead to be his family and hopes to inspire that same connection with campers, staff, and parents. He looks back at every summer with fond memories that he cherishes forever and looks forward to another amazing summer at Camp Arrowhead.

Alex is happy to discuss Survivor or answer any questions campers or parents may have about the upcoming summer at any time and can be reached at alex@camparrowhead.ca.

Our devoted staff are carefully selected for their enthusiasm and desire to create the wonderful camp experiences that our campers will remember. Our Director and Head Staff are made up of people who truly make your children their priority all summer long.

Together with their expertise in education and in children’s instruction, Camp Arrowhead is committed to giving your children exciting programming and fabulous waterfront activities in a safe environment which will promote growth in every individual.

To date, staffing for this coming season looks great! We have a large number of returning staff and are looking forward to working with them once again.

If you have friends that might make great counsellors, please have them contact our director Lawrence at director@camparrowhead.ca